So I went for the easiest and cheapest implementation and use the central limit theorem, which says that summing sufficiently many independent random numbers result will be approximately normally distributed. I went for the sum of four uniformly distributed random numbers generated by a linear feedback shift register. To avoid obvious period in the output I decided to have a rather large 31-bit registers. 31-bits because it's big enough and it needs only two taps when a 32-bit register would need four.

Implementation of the linear feedback shift registers is very straight forward. Seed value and output width can be set with generics making it also useful in many other places.

And the code of the adder for adding two 12-bit signed numbers, it has a latency of one cycle:

I wrote a testbench to write output values to a file and a mathematica notebook to test how close the numbers are to the normal distribution. Histograms were generated with "Histogram[x, 200]" command and plots with "ListPlot[x, Joined->True]", where "x" is a list of values. 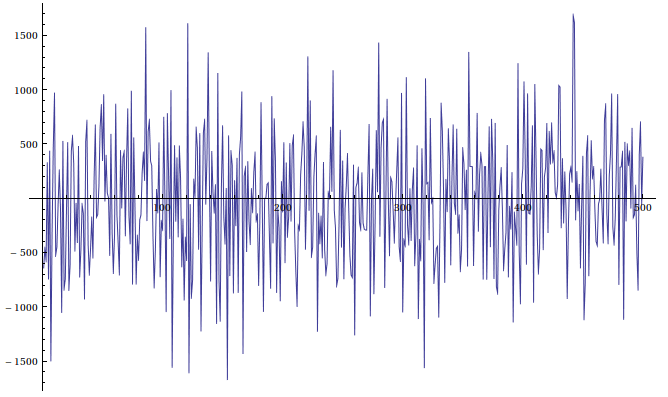 500 output values of the generator. 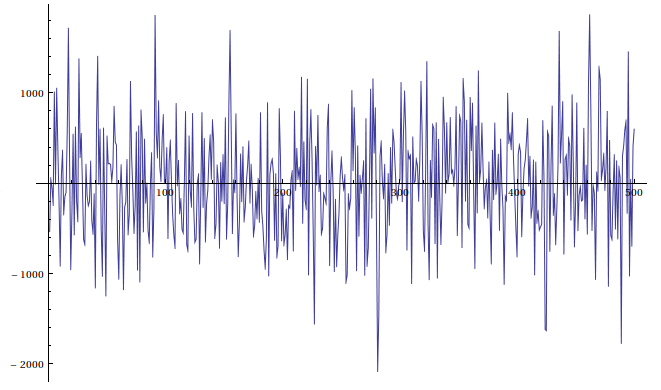 Same amount of samples from the normal distribution. 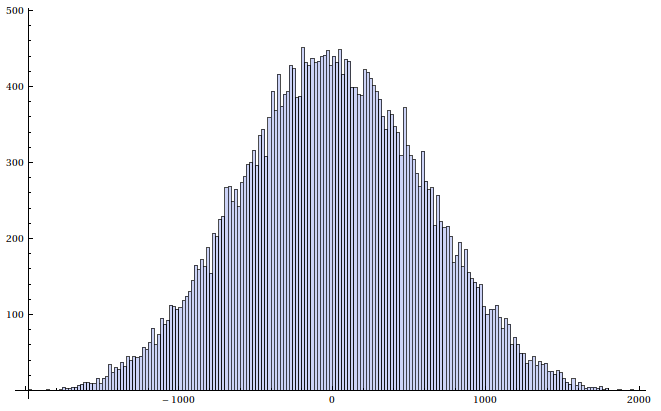 Histogram of the generated numbers. Does it look like a normal distribution? 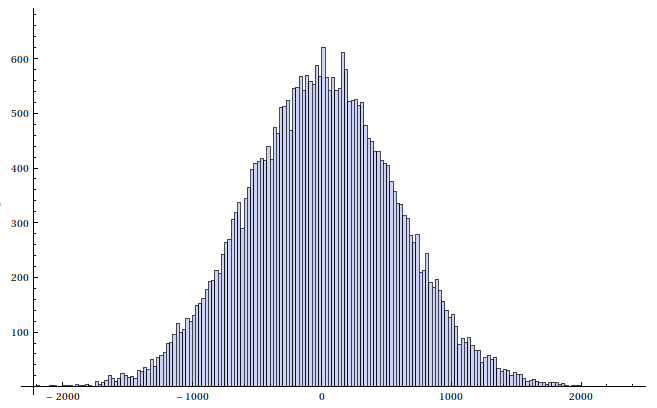 Histogram of the same amount of random numbers generated from the normal distribution. Notice the different values on the axes.

VHDL test bench for writing the output values into a file: